Sen. Clements says Nebraskans should not be forced to choose between employment and a COVID-19 vaccine

The letter is in response to pushes for government mandates to require employers to force their employees to choose between their jobs or being vaccinated.

The state senators recognize a variety of reasons for not wanting to take the COVID-19 vaccines, including natural immunity, medical conditions, and rights of religious or personal conscience.

The letter calls for a special session of the Legislature to resist vaccine mandates on employers without impacting schools’ practice of requiring vaccines. Among those offering criticism were Sen. Carol Blood.

Here is the senators' press release:

There is a growing concern that employers will require their employees to choose between their jobs or being vaccinated without regard to their good faith personal objections. People have a variety of reasons for not wanting to take the COVID-19 vaccines, including natural immunity, medical conditions, and rights of religious or personal conscience.

It is a critical time for our state and country. Nebraska’s economy continues to gain strength after enduring one of the most difficult years in history.
The state boasts one of the nation's lowest unemployment rates with a forecast for sustained growth. At the same time, it is evident our country faces labor shortages across multiple sectors. Any action that would force Nebraskans to leave the workforce risks undoing the progress we have made to restore our economy.
Time is of the essence to assist Nebraskan families and promote growth economically. A special session would work to keep employees in Nebraska from losing their jobs because of COVID-19 vaccine mandates.

Senators Ben Hansen and Robert Clements want to be clear in the intent of calling a special session. It is not to affect mask mandates, question the science of vaccines, prevent schools from mandating current vaccinations to attend K-12 schools, say whether vaccines in general are good or bad, support the effectiveness of varying treatments or to consider any other non-relevant topics.
It is solely to discuss and adopt legislation to prohibit employers from mandating COVID-19 vaccines and legislation to prohibit governmental and/or educational entities from mandating COVID-19 vaccines as a condition of receiving services.

Senator Ben Hansen said in a public statement, “The people have spoken, in overwhelming fashion. We need to do what we can to protect the livelihoods of Nebraskans who are at risk of losing their jobs if they exercise their choice not to receive a COVID vaccination.”

Senator Clements stated, “Like many Nebraskans, I have a family member facing termination of employment because of the vaccine mandate. This puts a house mortgage at risk and could leave a family of six homeless.  Employees should not be forced to choose between their livelihood and receiving a Covid-19 vaccine with no exceptions."

After the state lawmakers file the paperwork, the Secretary of State’s office will then survey all senators to endorse a special session. At least 33 of the 49 senators are needed to trigger the special session.

“Pursuant to Rule 9, Section 2 of the Legislature’s Rules, and in accordance with the procedure established in Neb. Rev. Stat. § 50-125, and on behalf of the undersigned senators, I submit to you our request for the Legislature to meet in Special Session for the purpose of adopting legislation to prohibit employers from mandating COVID-19 vaccines and legislation to prohibit governmental and/or educational entities from mandating COVID-19 vaccines as a condition of receiving services.”

At the time of release, the letter was been signed by the following senators: 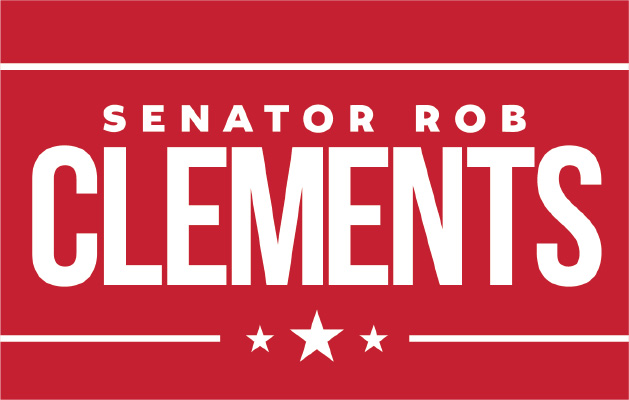